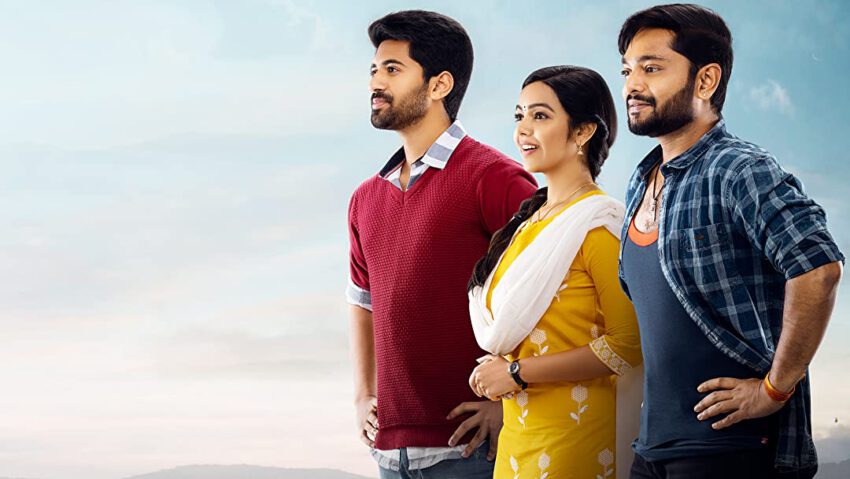 O Pitta Katha is a Telugu thriller-drama film written and directed ChenduMuddhu. It is also charming and pleasing with a romantic touch that makes it a clean piece. This film is one of the finest OTT platform Telugu movies in 2020. It is a chill film to watch for a curiosity craving viewers.

Venkata Lakshmi, a beautiful and simple living woman who lives in a village. Her charming smile attracts everyone. Since her childhood, a guy likes her a lot and he always wanted to be beside her. They both were good friends ever since childhood and had a good and positive relationship among them. The guy loves her very much. Then a high living Telugu guy Krish, who is in china comes to this village to meet his uncle with whom he lost connection after stepping into a busy life. As he was happy to meet, he also meets his uncle’s daughter who is Venkata Lakshmi and both of them spends a lot of time together which makes both of them like each other. Krish starts to rise his love towards her but she is in deep emotional confusion to choose one from both of them. She then goes on a trip with her friends to spend some good time alone and ease everything up. That’s when the twist occurs, some men with a mask abduct her from behind when she was alone on the trip. Who is that guy and what happens from then is the thrilling part you will be keen to watch? Watch O Pitta Katha movie online only on Aha!

This film is the debut for the main actor who has done well and he is one of the most appreciated actor’s son in Tollywood “Brahmaji”. This film gives the most beautiful feels in its songs and romantic aspects but leaves you with the chills from its thrilling part. It is one of the best movies to watch in Telugu.